Joost Willemze (1996) is one of the leading young Dutch harpists. At age 16 he was awarded the first prize in the national finals of the Princess Christina Competition in The Hague. In 2017 he won the International Harp Competition in Porto and one year later the Italian competition Suoni d'Arpa. In 2021 he received an honourable mention during the finals of the Grachtenfestival Competition for the  virtuosity and credibility of his performance.

Joost has played the harp since he was seven years old. In 2008 he started studying at the Academie Muzikaal Talent with Erika Waardenburg and Edward Witsenburg. Currently he is pursuing a Master's degree at the Amsterdam Conservatory.

Joost performs extensively throughout the Netherlands and abroad. Recent performances include concerts at the Schiermonikoogfestival, the Dutch Harp Festival, the Grachtenfestival in Amsterdam and items on radio. He also performed at the Italian ministeries of Culture and Education in Rome and at the Rio Harp Festival in Brazil. Joost has been a soloist in several televised concerts, performing the Dittersdorf harp concerto with the Dutch Youth Orchestra and the Ginastera concerto with the Dutch Chamber Orchestra.

As an orchestra musician he regularly plays with Ars Musica, led by Patrick van der Linden. He is also a member of the Dutch National Youth Orchestra (NJO) and an enthusiastic chamber music player.

Apart from his musical education Joost studied at the Accademia Vivarium Novum in Rome and obtained Bachelor's degrees in Classics and Russian at Leiden University. 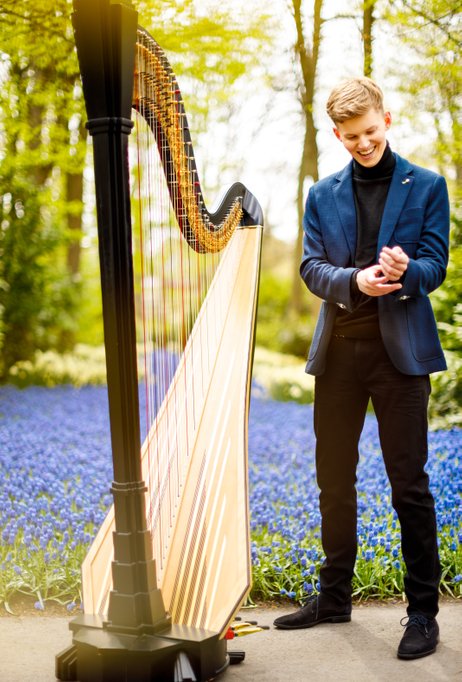